Jim arrives around 10:30 in Chama and we said our goodbyes to Jack and headed to Wyoming. 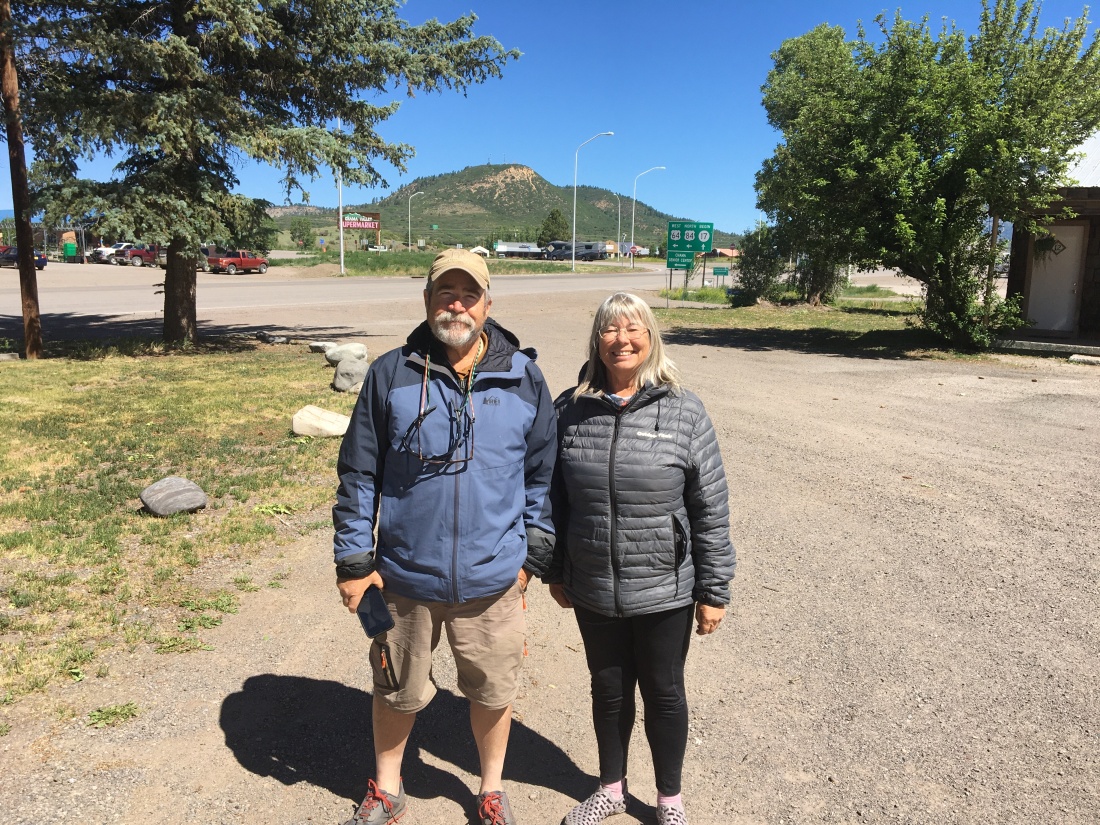 We were about two hours away from Encampment when it began to rain, then sleet, then snow. We stop for a bathroom break in Walden Colorado to a bit of rain/sleet/snow mixture. (JD) This convenience store/gas station had a Root Beer I had not seen before. Also some other interesting flavors. By the time we are done, there is 1.5 inches of wet snow on our car!  Surprise! They were predicting 1 to 12 inches of snow tonight depending on elevation! OUCH!

As Encampment was at a lower elevation the snow turned back to a cold rain. Arrangements had been made earlier in the day to stay at Vatcher’s Bighorn Lodge. We were the only people there as the owners had elected to shut down for a while due to Covid 19.

The pack explosion began as I started switching out some gear for different gear. I am going with a BigAgnes Fly Creek tent in hopes it doesn’t collapse in the rain and wind. Sorting through things takes time. I was too tired to sort food until morning.

Morning rolled around and checking on the trail revealed there was 24-36 inches
of snow at Battle Pass where I intended to begin the Wyoming section. After researching and checking I will begin in Rawlins.

Jim helped me sort through all the mail drops and stops for Wyoming. Some places were a long hitch and some had no lodging, With his help all should be set for Wyoming.

We are headed into Rawlins as I type this to pick up tortillas and cheese then I will get back on the trail while Jim finds the post office and sends the next three stops.

Sometimes things do not go as planned. Jim dropped me off at the trail and I headed toward the mountains. Things did not feel right and I did not feel right. The bear sack that switched out my food sack doesn’t pack well and the new way of packing was awful. My pack moved from side to side and wouldn’t sit correctly on my hips making it uncomfortable. Knowing Jim was still in town I called to ask him to put my regular food sack in the next mail shipment. He informed me he was still at the trailhead and asked if I wanted to just come and get it. Yes I did! So, I retraced the traveled half mile and went back to the car. I felt unsettled for some reason so Jim suggested we get a motel and start fresh in the morning.

Here we are, full of pizza that we actually ate INSIDE a restaurant, catching up on this blog as WIFI has been scarce. I have repacked my bag and we will start fresh in the morning.

Yellowstone awaits in less than three weeks. Hopefully they will have opened.

View all posts by bjtrips

Prepping for the Continental Divide Trail